At the height of 2020's Coronavirus pandemic, we chat to Peter Hill about his lockdown routine, performing history, and future recording plans... 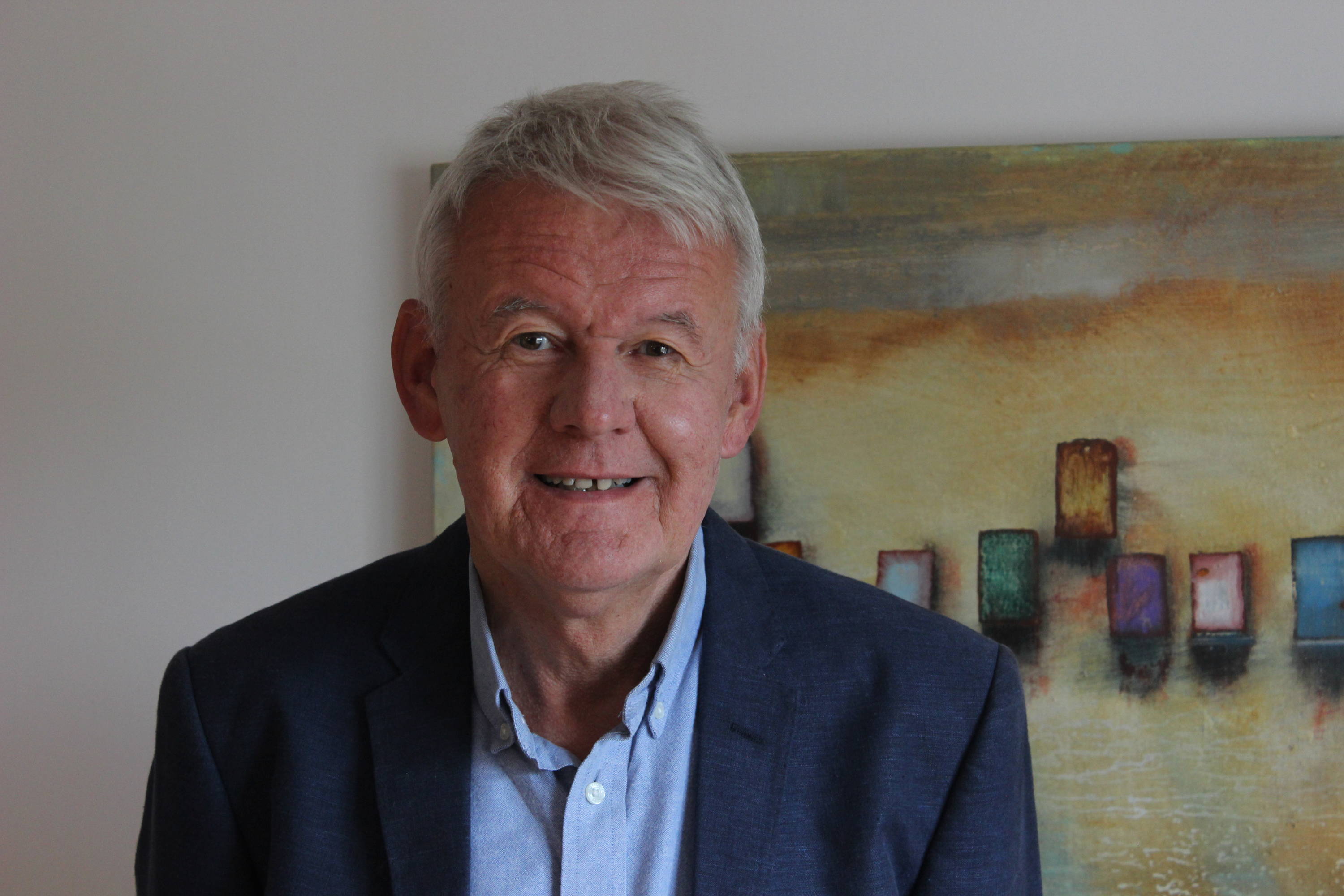 Many artists appear to be busying themselves flooding social media with homemade content. You’re quite absent from that – can you describe your Lockdown experience?

When I’m not in my Sheffield garden, I’m using Lockdown for intensive work on Bach’s English Suites, which we aim to record shortly after lockdown restrictions are lifted. It’s interesting to compare them with his French Suites, which I recorded in 2015. The English Suites make much greater virtuoso demands; four of them treat the gigue – which conventionally acts as the finale – as a brilliant fugue, and five of them (nos 2–5) open with a Prelude laid out on a vast scale and in style very much like a concerto. The sequence of movements shares the same scheme as Bach used for his Cello Suites, and suggests therefore a similar date of composition, around 1720, during Bach’s time at Cöthen when his instrumental show him at the height of his powers.

The first Suite, however, has a different kind of Prelude, similar to the ‘pastoral’ Preludes from the Well-Tempered Clavier (the E major from Book One, for example), and altogether certain differences of style suggest that this Suite may have been composed at an earlier date. Incidentally, no one knows for sure why the Suites are known as ‘English’, although a manuscript copy owned by Bach’s son Johann Christian gives a clue, being inscribed ‘fait pour les Anglois’ [sic], and Johann Forkel, who published the first biography of Bach in 1802, claims that the Suites were created ‘for an Englishman of rank’.

One can never tire of preparing Bach’s music; one is constantly changing one’s mind on how it should sound. I came across an example of that today in the Allemande from the first Suite. In the first phrase the upper voice might rise to its highest note and then recede from this. But looked at another way, this top note is peripheral to an inner shape whereby the line descends stepwise, an idea reinforced by an ascending scale in a lower voice. Arguably, there are two possible alternative ways of shaping this melody. Or is it conceivable that one could find a way of holding simultaneously the two shapes in balance? – perhaps that might be the ideal! Bach’s music is so full of ideas that it constantly poses this kind of question. I find it a great help to anchor one’s thinking by studying the music’s architecture. The most important aspect is the way ideas evolve: as a developer of ideas Bach was supremely imaginative and resourceful – his music reminds me of the Paul Klee’s famous dictum, when he defined drawing as ‘taking a line for a walk’.

Amongst your extensive pre-Delphian discography, you are probably best-known for your Messiaen recordings on the Unicorn label. Can you tell us about your more recent and remarkable find in Paris?

You can only imagine my amazement when working on Messiaen’s birdsong sketches I came across several pages of piano score written in a rapid and decisive handwriting: very obviously this was music not a birdsong notation. Once deciphered – no easy task as Messiaen had evidently worked in faint pencil – it was clear that the manuscript was in an advanced state of completion, meticulously detailed, even down to the pedalling and fingering. The piece is in Messiaen’s birdsong style, composed in 1961 a few years after the Catalogue d’oiseaux (1956-58), and I gave it the title La Fauvette Passerinette (Subalpine warbler) after its main protagonist.

As in Catalogue d’oiseaux Messiaen depicts the songs of a number of birds found in a particular setting, in this case the landscape of the Hérault region of southern France. The outer sections – which feature the song of the main soloist – were entirely finished. The middle of the piece was more fragmentary and required a certain amount of detective work, cross-referencing with the notations in Messiaen’s birdsong notebooks. Putting the jigsaw together – following Messiaen’s alphabetical scheme – and watching an unknown work emerging in front me was a thrilling experience. I remembered a conversation I’d had with Messiaen when I was working on my recording of his music in which he told me that he’d always intended to compose a second Catalogue d’oiseaux but had never had time. In fact, with this discovery it now seems that Messiaen did indeed start a second great birdsong work in 1961; in the event, however, he found himself shortly afterwards faced with commissions for major orchestral works and the project was never fulfilled.

‘… if one shifts the emphasis, alters the balance between voices or chooses a slightly faster or slower tempo, the effect is like turning a sculpture in the light.’

Having suggested the idea to Delphian of recording La Fauvette Passerinette I had the intriguing problem of deciding what to play with it, since the new piece lasts only about 13 minutes. I decided on a mixed recital, including composers who had been part of Messiaen’s circle (among them former students like Stockhausen and George Benjamin) or whose music had an affinity with Messiaen’s. These I divided into sections: ‘Prelude’ contains early works by Messiaen and Ravel’s Oiseaux tristes; ‘ Étude’ is headed by Messiaen Île de feu I, while ‘Birds and landscapes’, the longest section, has both La Fauvette Passerinette and the earlier Le Traquet stapazin (from Catalogue d’oiseaux) as well as music by three other composers from very different backgrounds, Henri Dutilleux, Peter Sculthorpe and Douglas Young. The recital concludes with two memorial pieces, by Tristan Murail (Cloches d’adieu et un sourire …) and by Takemitsu (Rain Tree Sketch II), and as a ‘postlude’ a tiny sight-reading exercise composed by Messiaen in the 1930s, so wonderfully poised and beautiful that it far transcends its mundane purpose.

You’ve enjoyed an illustrious career performing and recording music of the twentieth century. How is that you’ve more recently turned so much of your attention to Bach?

Recording all Messiaen’s works for piano was such an enormous undertaking that inevitably I found myself type-cast as a Messiaen ‘specialist’. This was with some justification, because since the recording (which I finished in 1993) I’ve produced no fewer than four books on Messiaen, the most recent being a study of Catalogue d’oiseaux, co-authored with Roderick Chadwick. Nonetheless I never saw it that way myself! Personally, I don’t find any contradiction between performing music by Bach or music by Messiaen. A love of Bach’s music goes back to my childhood when as a chorister I took part in performances of the great choral works, and when still quite young played some of the easier Preludes and Fugues from the Well-tempered Clavier.

In the early part of my career I had no Bach at all in my repertoire, but I loved his music and used to play it for my own pleasure: Bach was, so-to-speak, my summer holiday composer, a way of keeping mind and fingers engaged in music while taking a break from work. Gradually Bach started to assume a greater and greater importance for me, and over a period of years I worked slowly towards finding a way of performing Bach on the piano that felt natural and ‘right’. I owe a debt to my family who encouraged me to practice Bach ‘seriously’ and to include his music in my recitals. And gradually one thing led to another. When I’m working on Bach I find myself completely absorbed. Bach is to me a great sculptor in sound, and if one shifts the emphasis, alters the balance between voices or chooses a slightly faster or slower tempo, the effect is like turning a sculpture in the light, with something new always revealed.

Perhaps there is some connection with my Messiaen playing, because critics have commented on the way I ‘colour’ Bach’s music, and certainly colour and the quality and character of sound is something always in my mind. It’s a never-ending journey, always with more to find, and never ever arriving at a version that one would call ‘definitive’. There’s always something more to do; but that’s the joy of it!

The Peter Hill Collection on Delphian

Available now for the exclusive price of £59.99