After studying classical guitar, piano, jazz guitar and composition at the world-renowned Chetham's School of Music for seven years, Alexandra Whittingham gained a scholarship to study at the Royal Academy of Music in London. She recently graduated having been awarded first class honours and the Timothy Gilson Guitar Prize.

During her time at Chetham's, Alexandra had many opportunities to play with various ensembles, such as string quartets, guitar duets and jazz groups, which resulted in her becoming a member of Wigan Youth Jazz Orchestra. With the orchestra came the opportunity to tour Germany and Czech Republic, where they sold out various venues within the two countries.

In her final year at the school, she also gained her LRSM (Licentiate of the Royal Schools of Music) second diploma in guitar performance.

Alexandra was delighted to be invited to perform at Abbey Road Studios alongside singer-songwriter Imelda May for EMI Music and Sound Foundation. She has also enjoyed giving recitals in Europe at such places as Festival Le Temps des Guitares in South-West France, Vilnius Town Hall in Lithuania and various festivals in Italy.

Other venues in which Alexandra has played include opening the European Guitar Teachers' Association Conference at York's Queen Margaret's School, The Bridgewater Hall in Manchester, Milton Court Concert Hall in London and the British Embassy in Paris, where she performed to an invited audience of diplomats. Alexandra's concerto appearances also include performances with Gorton Philharmonic Orchestra and Dorset Chamber Orchestra.

Alexandra is delighted to be an Augustine Strings artist, using their Regal Blue range. She also plays a 2011 Christopher Dean guitar, sourced by Miles Roberts at Kent Guitar Classics. 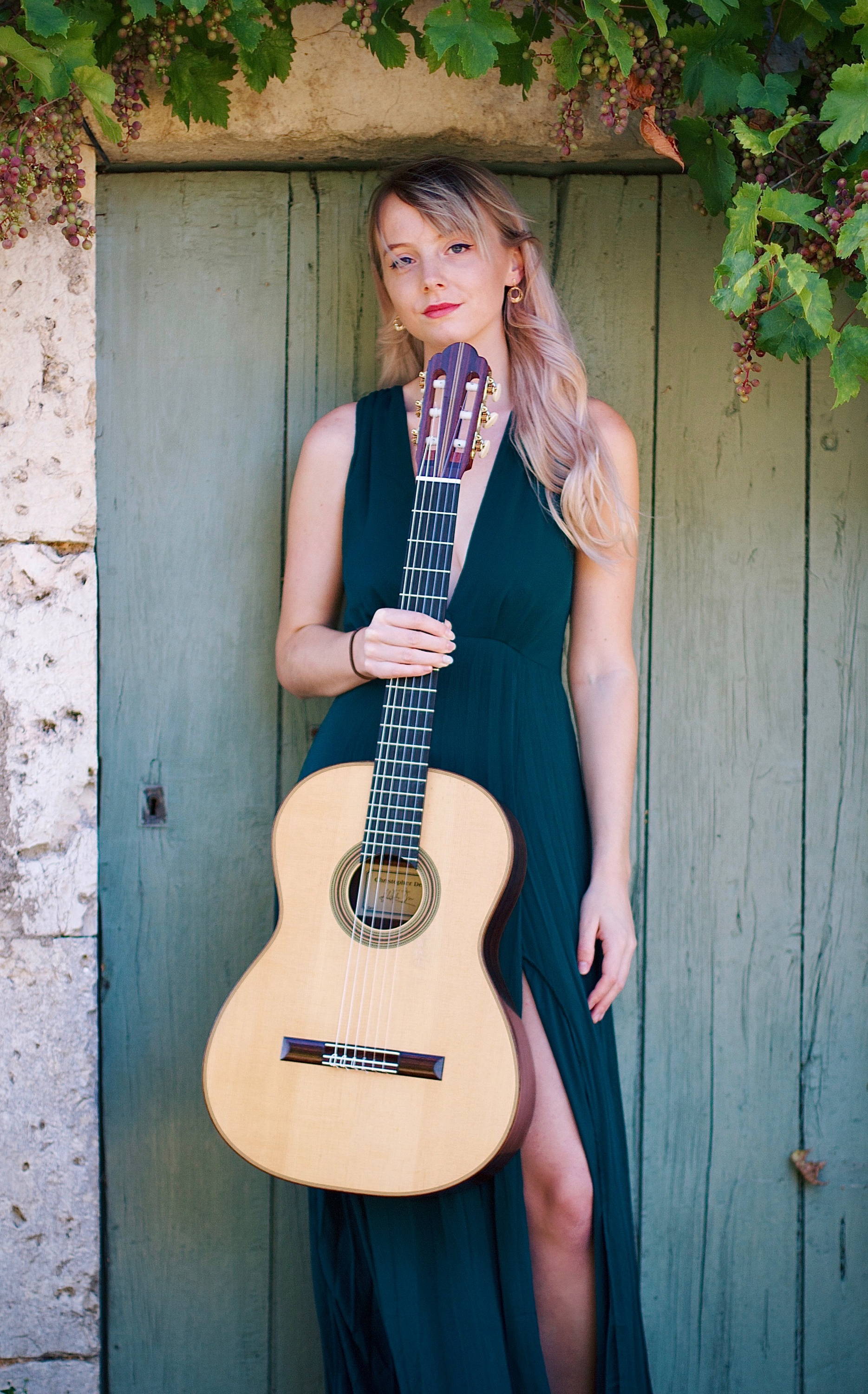