Capitalising on their deliberately idiosyncratic combination of instruments, the ensemble regularly commissions new works, as well as creating their own innovative arrangements and venturing into live free improvisation. The ensemble has commissioned over 50 composers at various stages of their careers. They were shortlisted in the Royal Philharmonic Society Awards 2019 in the Young Artists Category and their debut album HERE WE ARE will be released in July 2020 on Delphian Records.

Recent highlights include performances at Wigmore Hall, BBC Radio 3 Open Ear at LSO St Luke’s, Tallinn Music Week, St Petersburg’s Sound Ways Festival, Southbank Centre, Kings Place and Spitalfields Festival. The Hermes Experiment were one of the showcase artists at the Classical NEXT Conference 2019. In January 2019, they celebrated their fifth birthday with a concert supported by Arts Council England and RVW Trust, and recorded for BBC Radio 3. 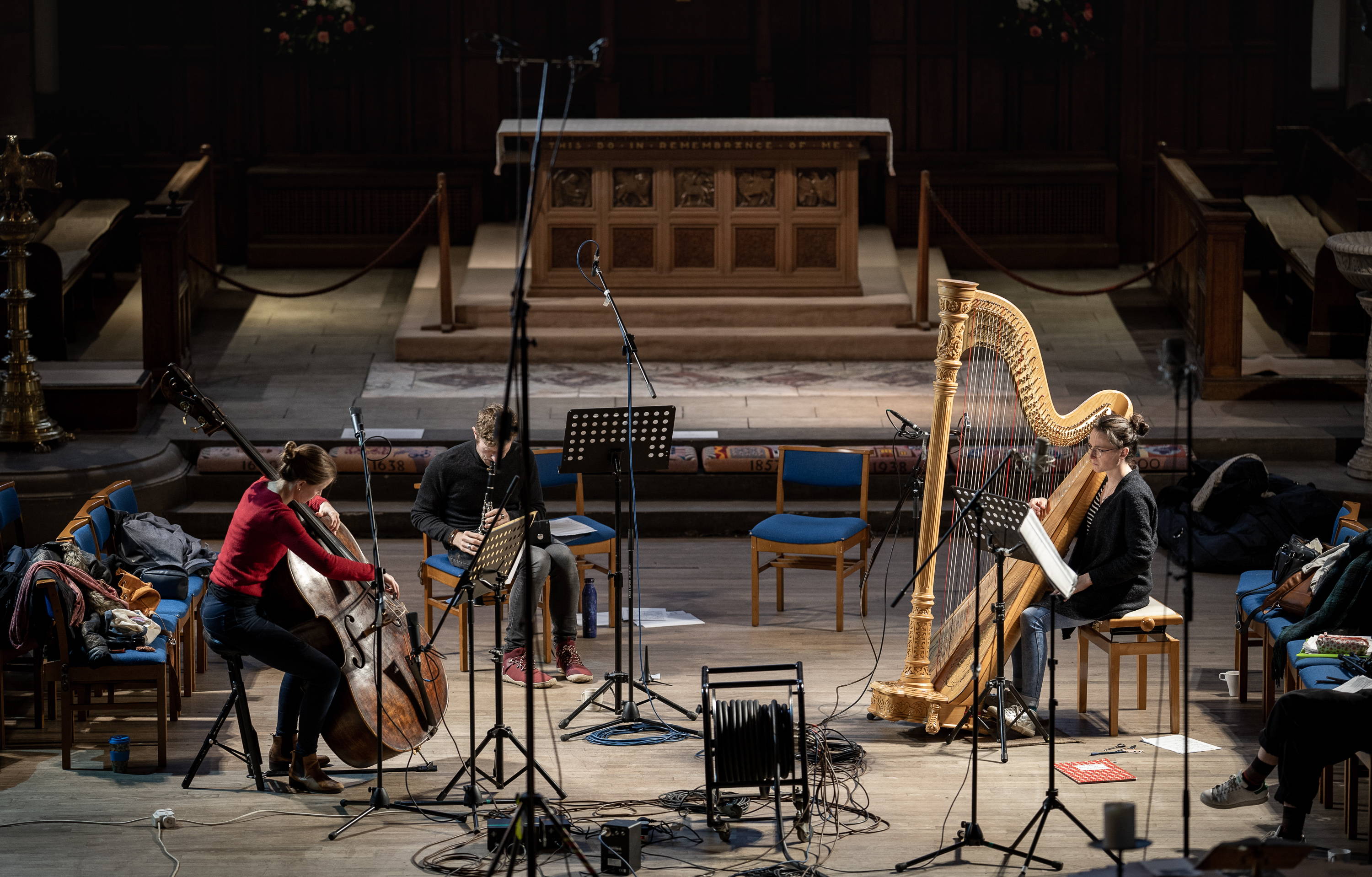 The ensemble is dedicated to the value of contemporary music in education and community contexts. They are ensemble in residence for the Young Music Makers of Dyfed 2018-19, and as part of their fifth birthday project they recently ran composition workshops in state schools in and around London. In 2017-18, they worked with composition students from both The Royal Academy of Music and Trinity Laban. They are running similar projects in 2018-19 at both institutions. In 2014-15, they took part in Wigmore Hall Learning’s schemes.

The ensemble also strives to create a platform for cross-disciplinary collaboration. In June 2015, they created a ‘musical exhibition’ with photographer Thurstan Redding, and in September 2016 during an Aldeburgh Music Residency, they developed a new interpretation of Shakespeare’s The Winter’s Tale. They also worked with poet Ali Lewis in 2016 & 2019, devising new pieces with him.