We're delighted that our friends at Gramophone Magazine have featured Delphian artist Sean Shibe as their cover star for June 2020, ahead of the release of BACH (22 May).

On sale from May 15th, June's Gramophone Issue features a special five-page feature documenting editor Martin Cullingford's visit to Crichton Collegiate Church outside Edinburgh, to sit in on recording sessions of Sean's third album on Delphian.

"The sessions really were a privilege to witness..." writes Martin,"small in stature [Crichton Church] feels just right for the intimacy of Bach's lute suites, perfectly proportioned to gently cradle their fragility and their strength, to let the colours bloom and the themes to dance delicately in the air"

"Delphian: a label with a firm commitment to exceptional recorded sound"

This beautiful feature, plus Sean's Editor's Choice review sit alongside an introduction to Polish tenor Piotr Beczała, plus - in Classics Reconsidered, Rob Cowan and Andrew Farach-Colton tune in to Debussy’s La mer, specifically the 1964 DG recording from Karajan and the Berlin Philharmonic – has it retained its covetable status among collectors? 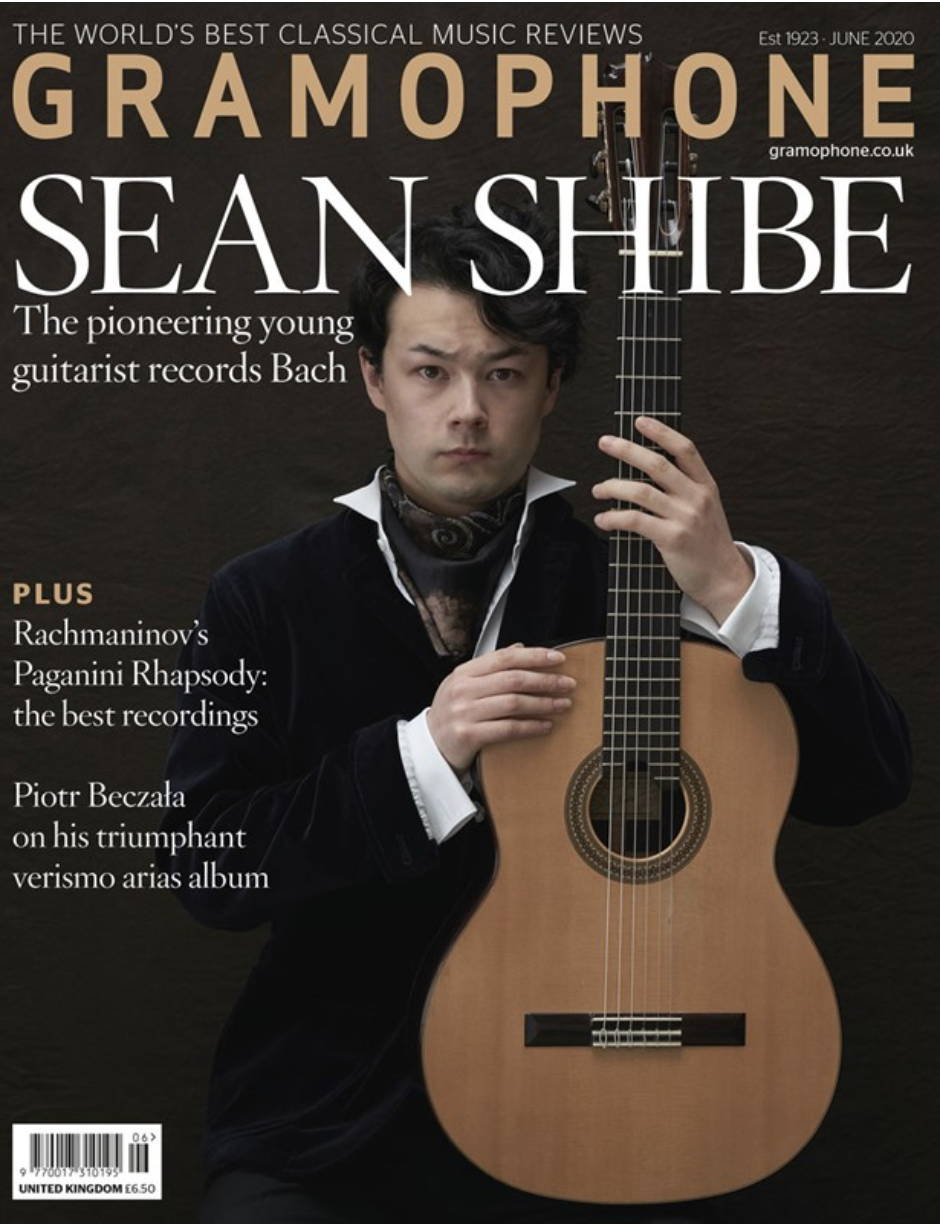 Three years as a Delphian artist have seen Sean Shibe record music from seventeenth century Scottish lute manuscripts to twenty-first-century works for electric guitar, picking up multiple editor’s choices and award nominations for each release, as well as the Royal Philharmonic Society’s prestigious Young Artist of the Year accolade.

Now he turns to the music of J. S. Bach, with three works whose obscure early performance history belies their status as repertoire staples for modern guitarists.

The musicological questions that have arisen over what instrument Bach intended for these works – questions encapsulated for Shibe by the phrase ‘pour la luth ò cembal’, which appears in the composer’s hand at the head of the manuscript of the Prelude to bwv 998 – are here answered by the unshakeable assurance of Shibe’s performances.