In 1910, after seven years of work, Gustav Holst completed his choral-orchestral masterpiece, The Cloud Messenger. But following a disappointing premiere in1913 the piece fell into obscurity, and has received only a handful of performances.

This crowning glory from the composer’s Sanskrit period deserves to be much better known. Telling the powerful fifth-century story of an exiled yaksha who spies a passing cloud and sends upon it a message of love to his distant wife in the Himalayas, it is rich in its harmonic language and ingenious in its motivic construction, and points the way to Holst’s next major work, The Planets.

This colourful chamber version by conductor Joseph Fort lends the more tender passages a new intimacy and clarity, while retaining much of the force of the original and laying the ground for a new life in performance.A set of five part songs, completed the year The Cloud Messenger was begun, shows the newly married Holst similarly absorbed by love’s trials and rewards

"A ravishing outpouring of late romanticism ... Conductor Joseph Fort has made a lean but faithful chamber version expertly played by the Strand Ensemble and warmly sung by the well-blended choir of King’s College, London. Has British choral singing ever been as rich as now?

"This is an impressive and important disc. Fort and his young singers are on virtuoso form and, well partnered by the Strand Ensemble, bring out the strengths of Holst's neglected choral ode. It will be on the necessary listening lists of most lovers of English music, and I do hope that it spurs a number of choirs to explore the work."

"Fort and his forces deliver the piece with exhilarating intensity and their sense of musicality is powerfully moving. An inspiring addition to the Holst discography, in truly great sound complemented by a scholarly essay."

"Joseph Fort has done an outstandingly successful job in reducing Holst’s original scoring in a way that is stylish and utterly respectful of the original. In so doing he has given us two works for the price of one for this new version complements the original in a very successful fashion. If you already know the work through the Hickox recording you should certainly hear this version too: it’s a fascinating comparison … Delphian’s production values are high. The documentation is excellent. Engineer Matthew Swan and producer Paul Baxter have recorded the performances with admirable clarity and with everything beautifully balanced'

“using a crack chamber choir means that every word is audible, Fort's Choir of King's College London boldly taking ownership of the piece …How can such a striking, individual work be so little known, and who could ever accuse English composers of being parochial and insular?” 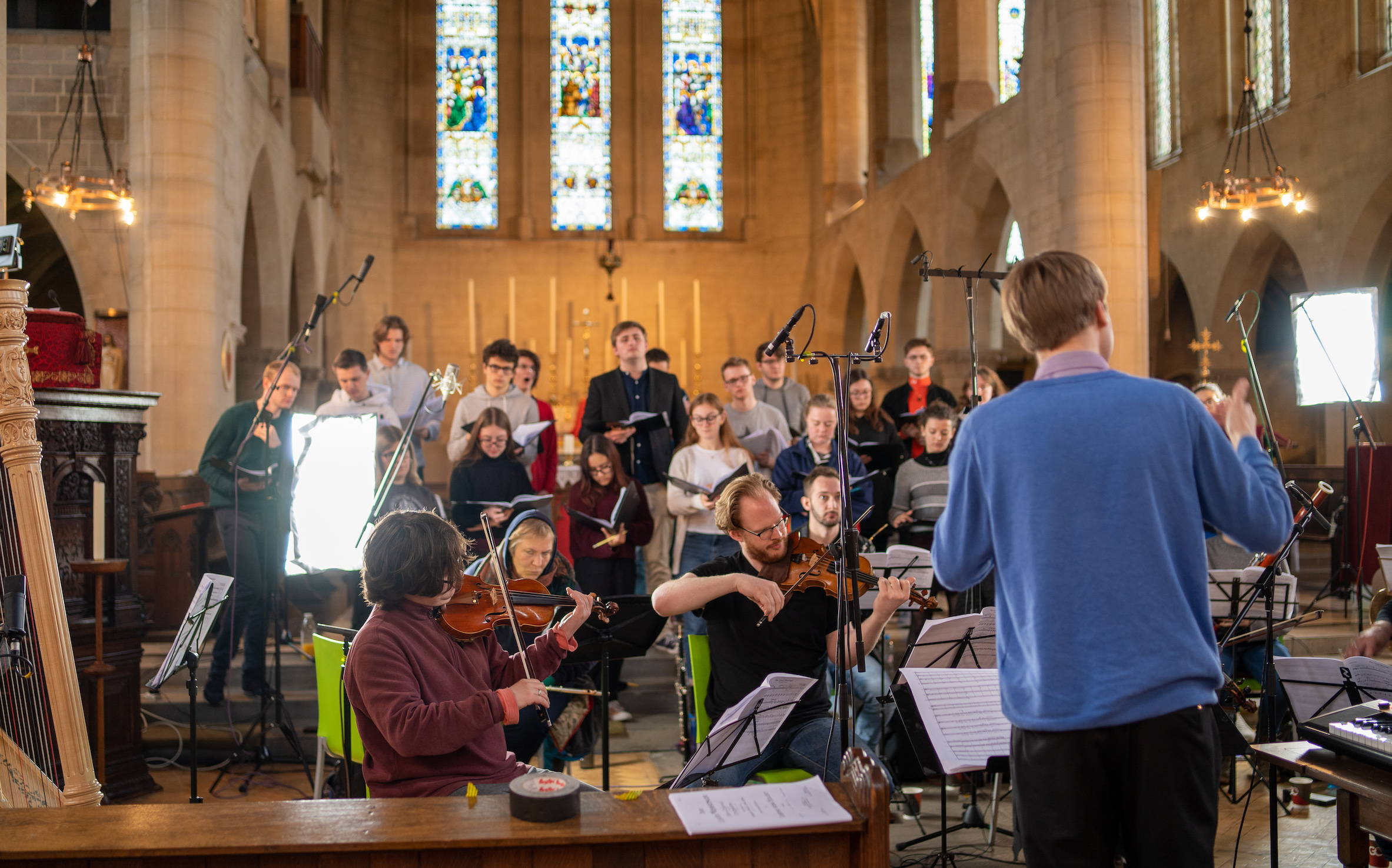 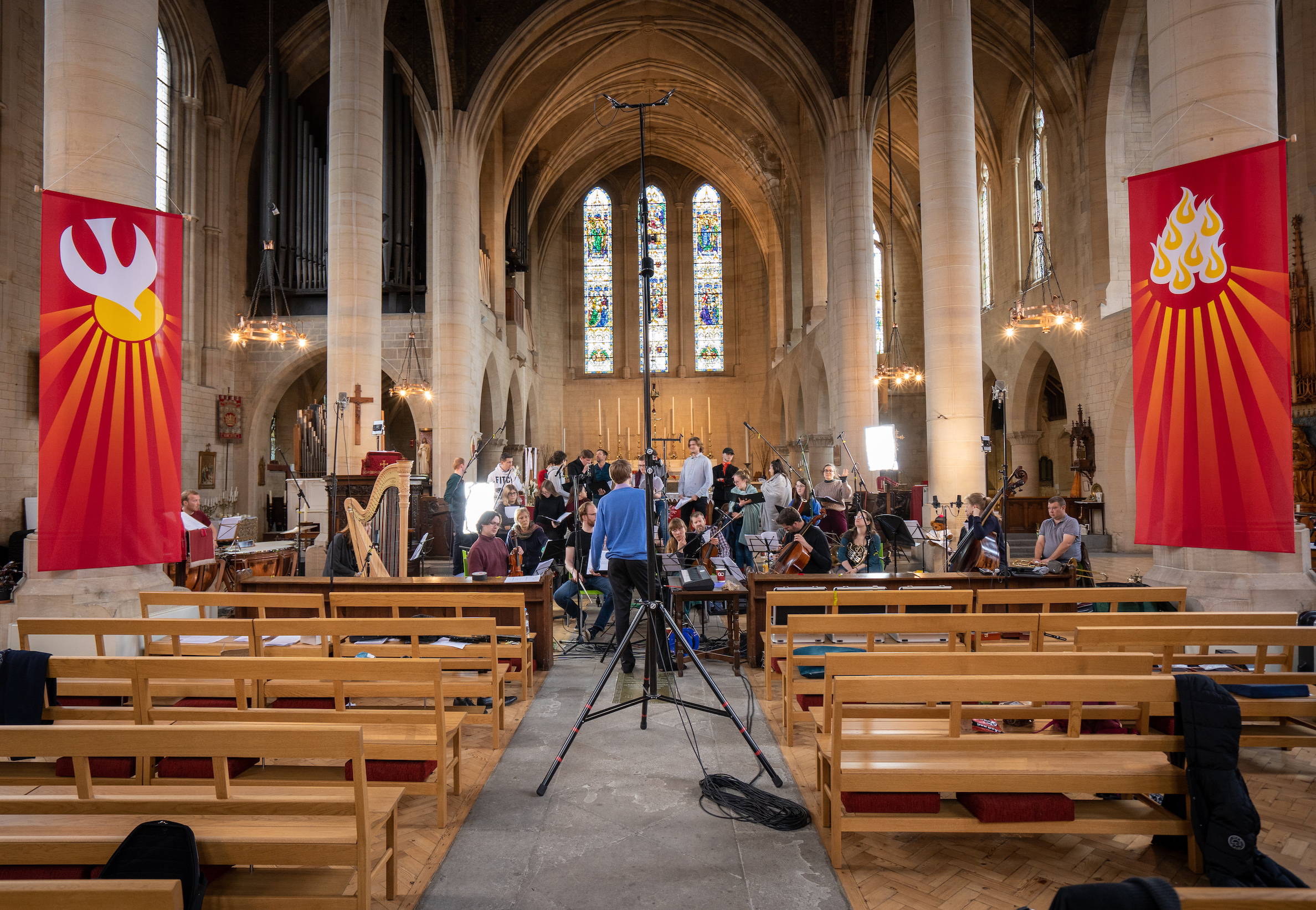 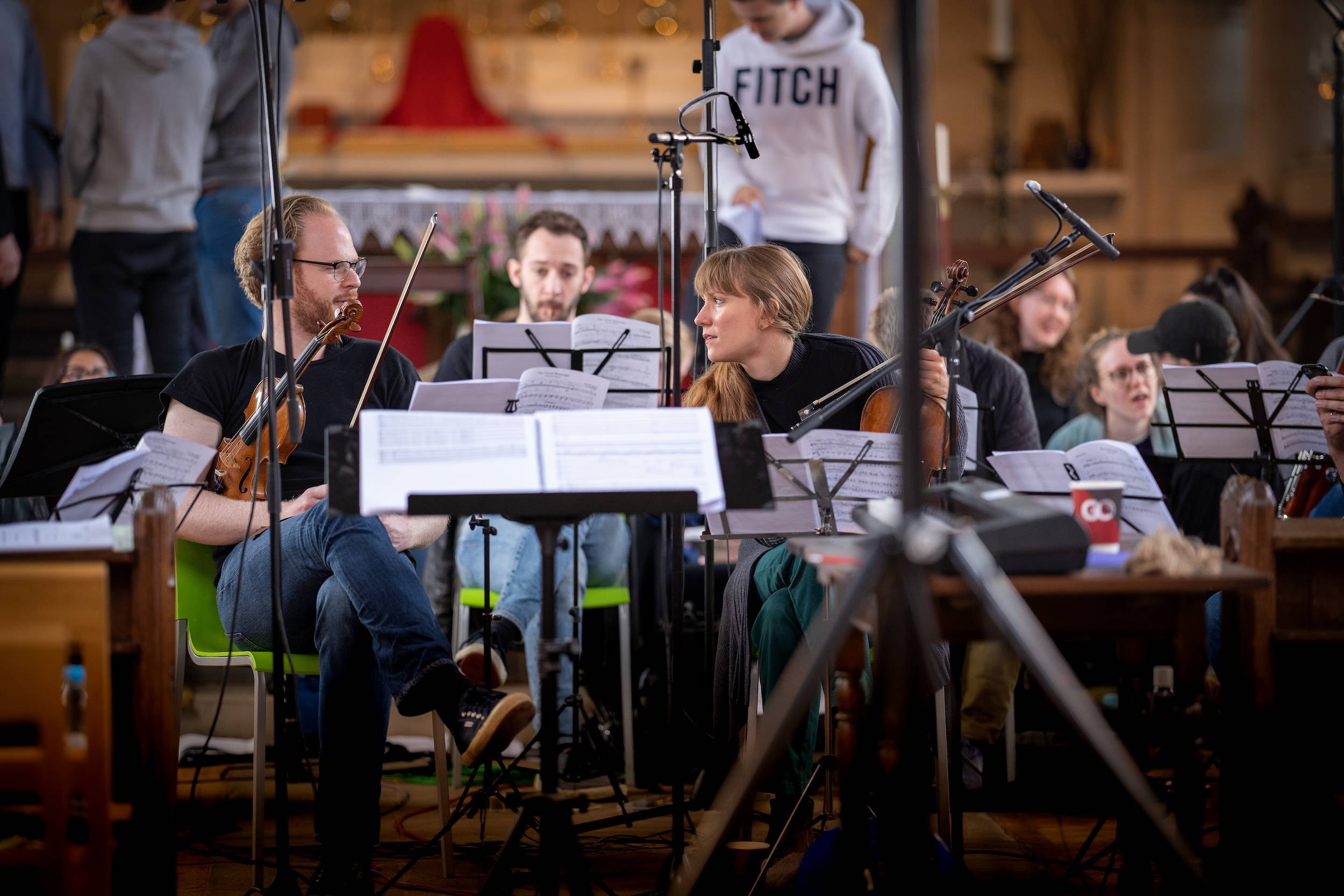 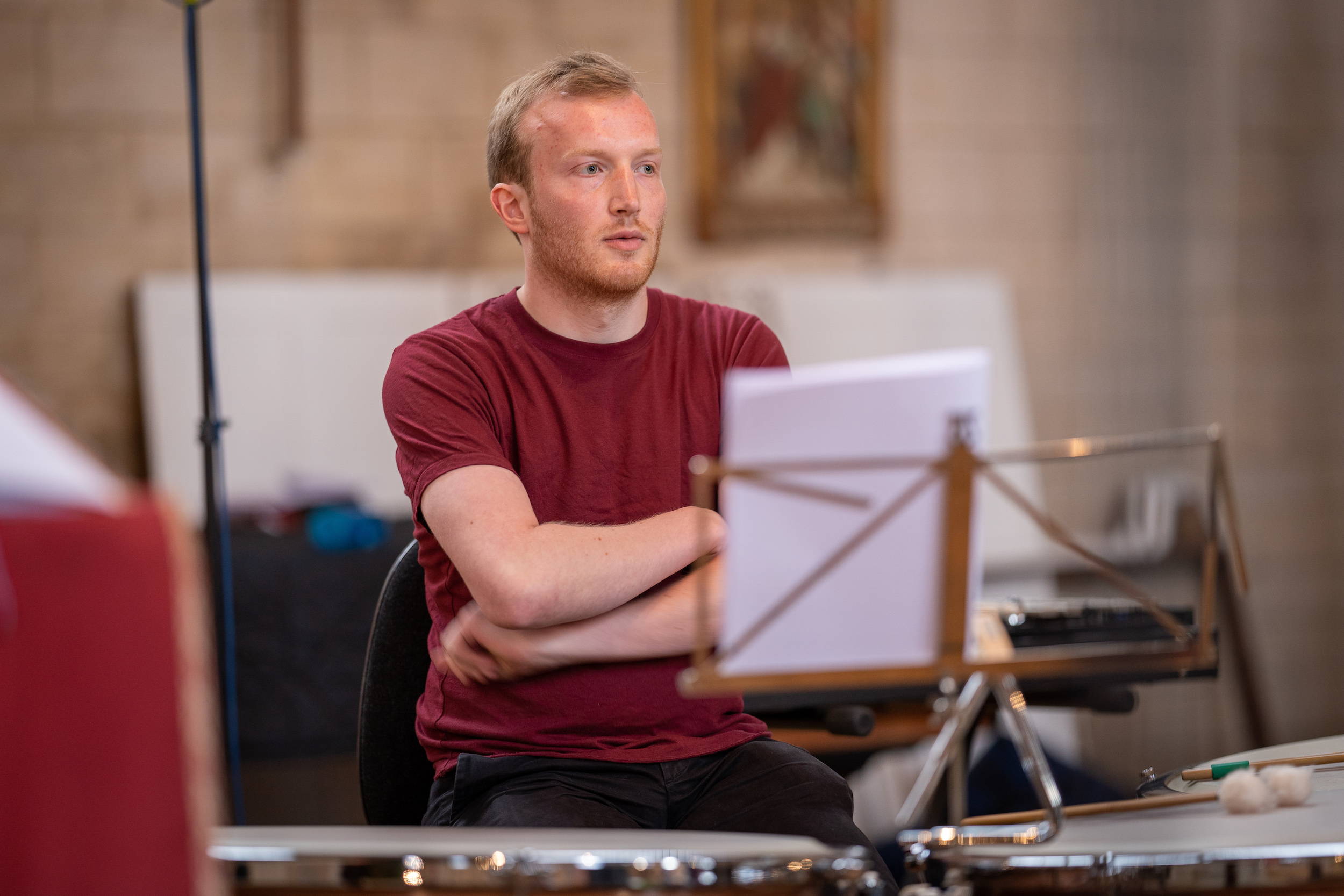 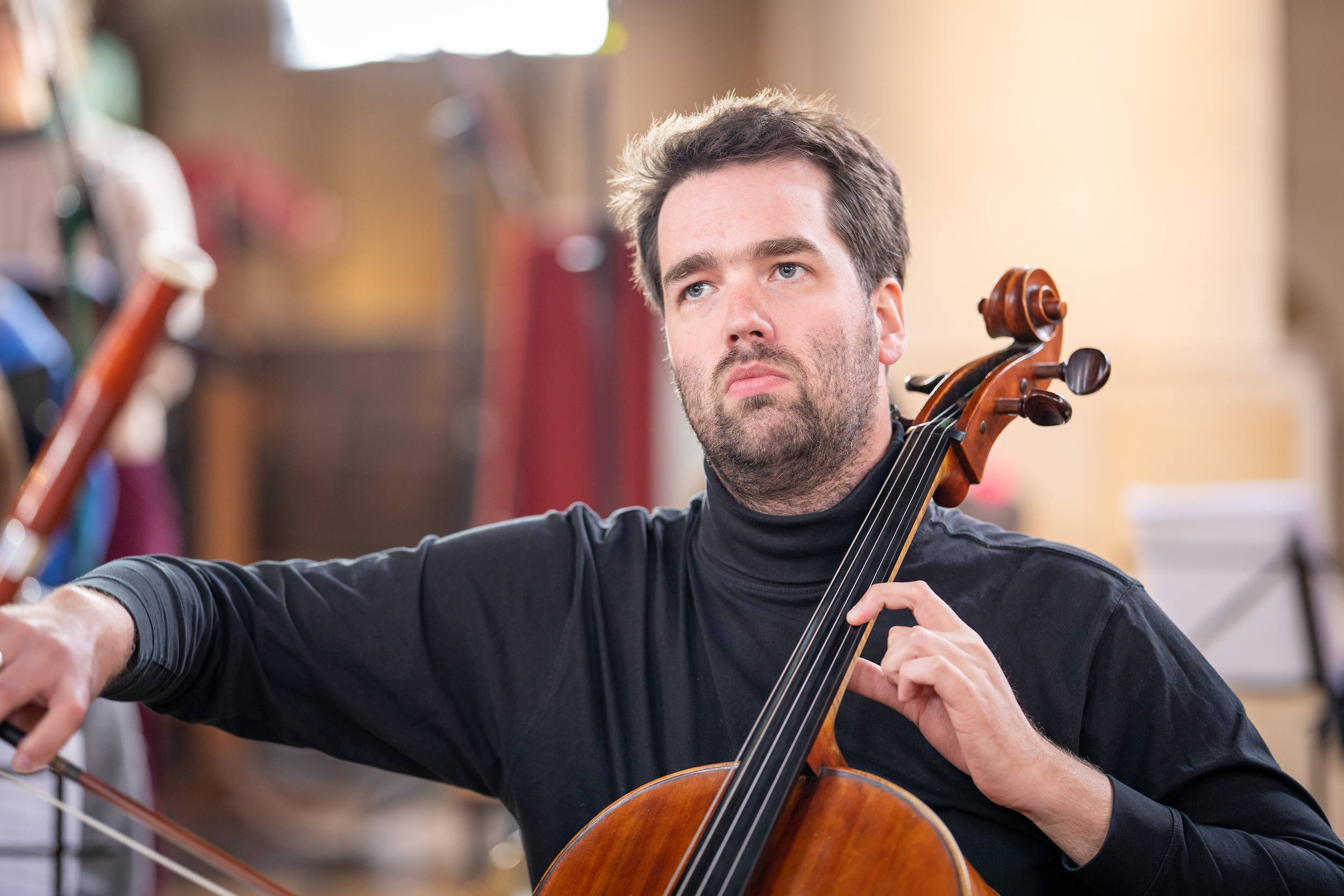 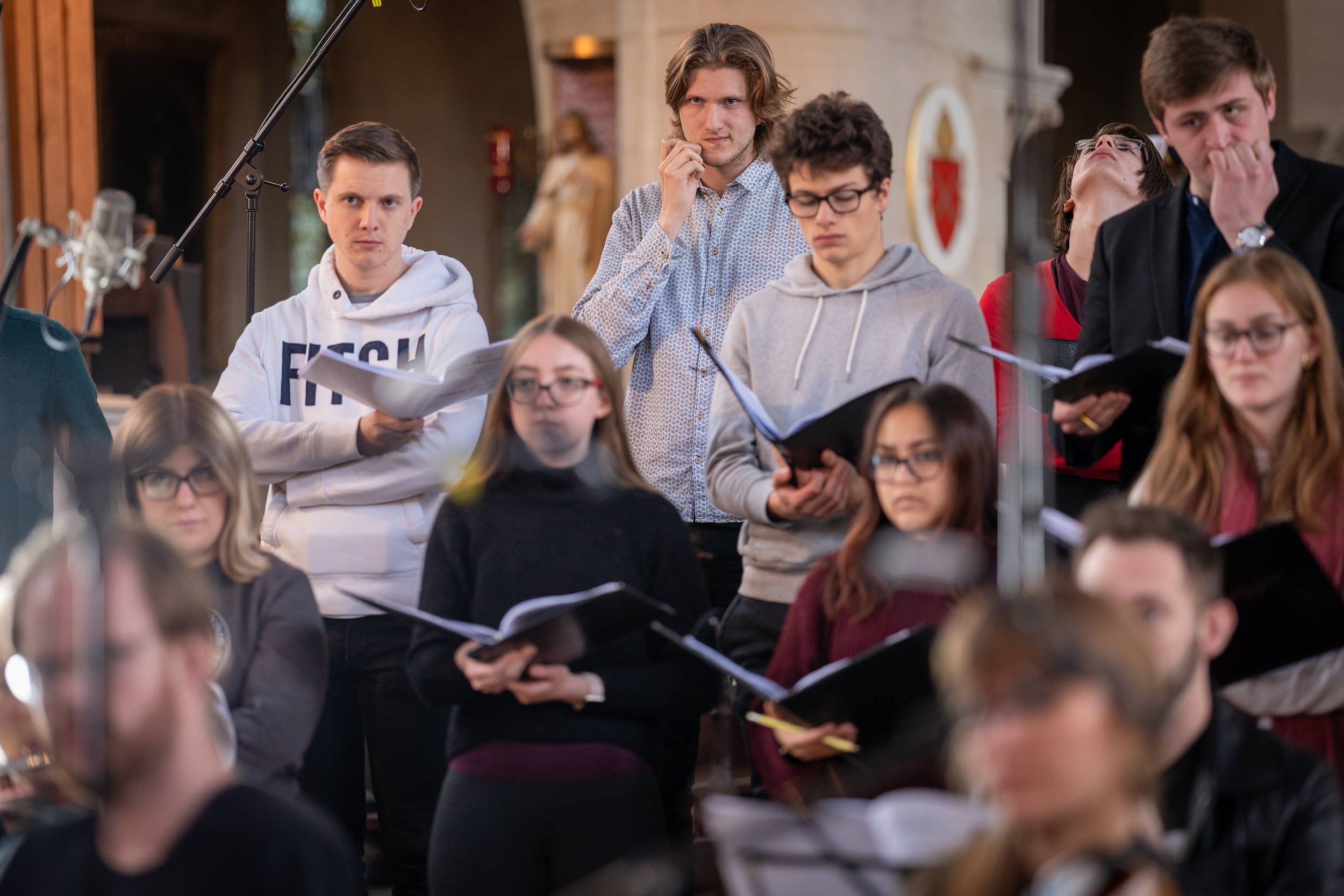 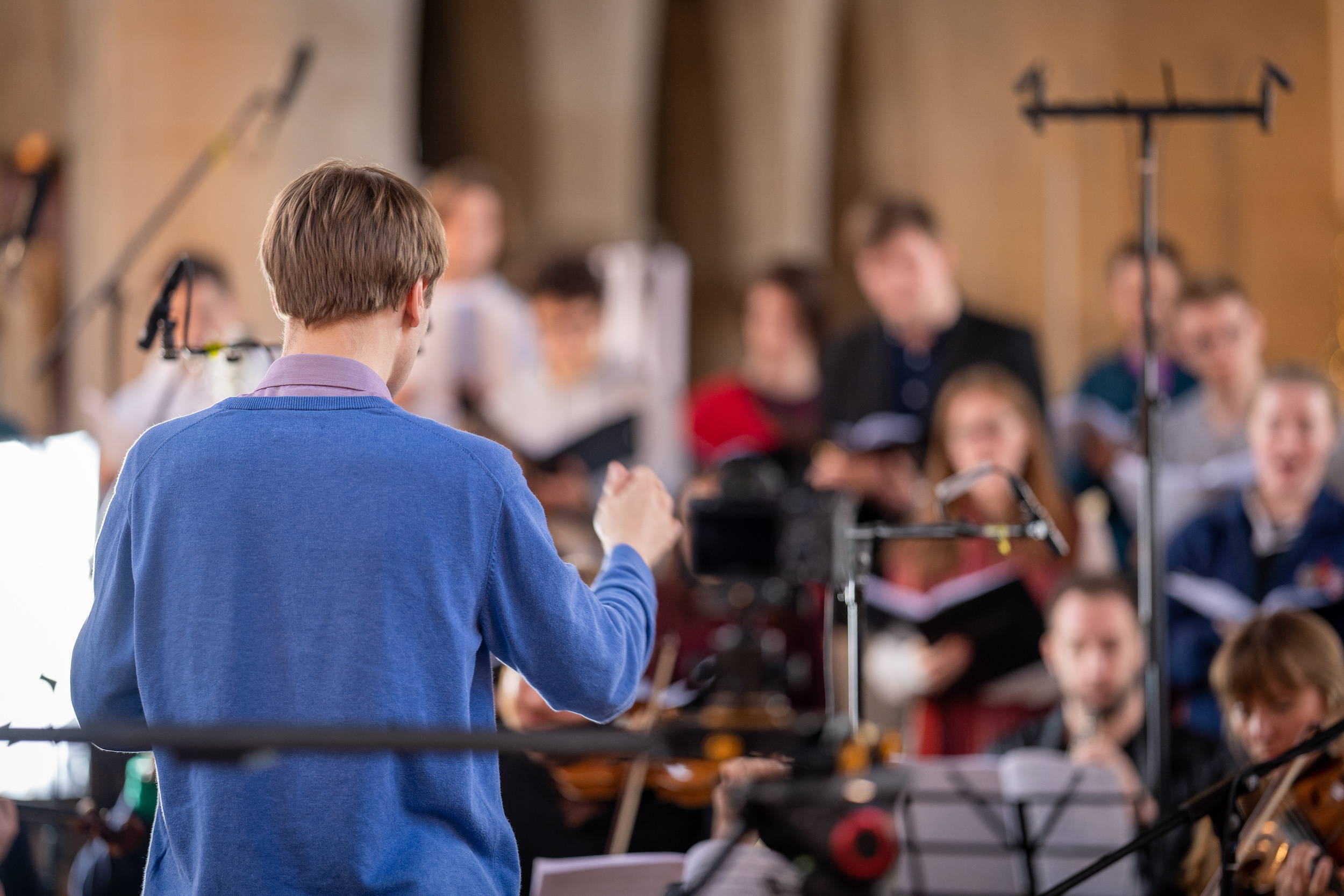 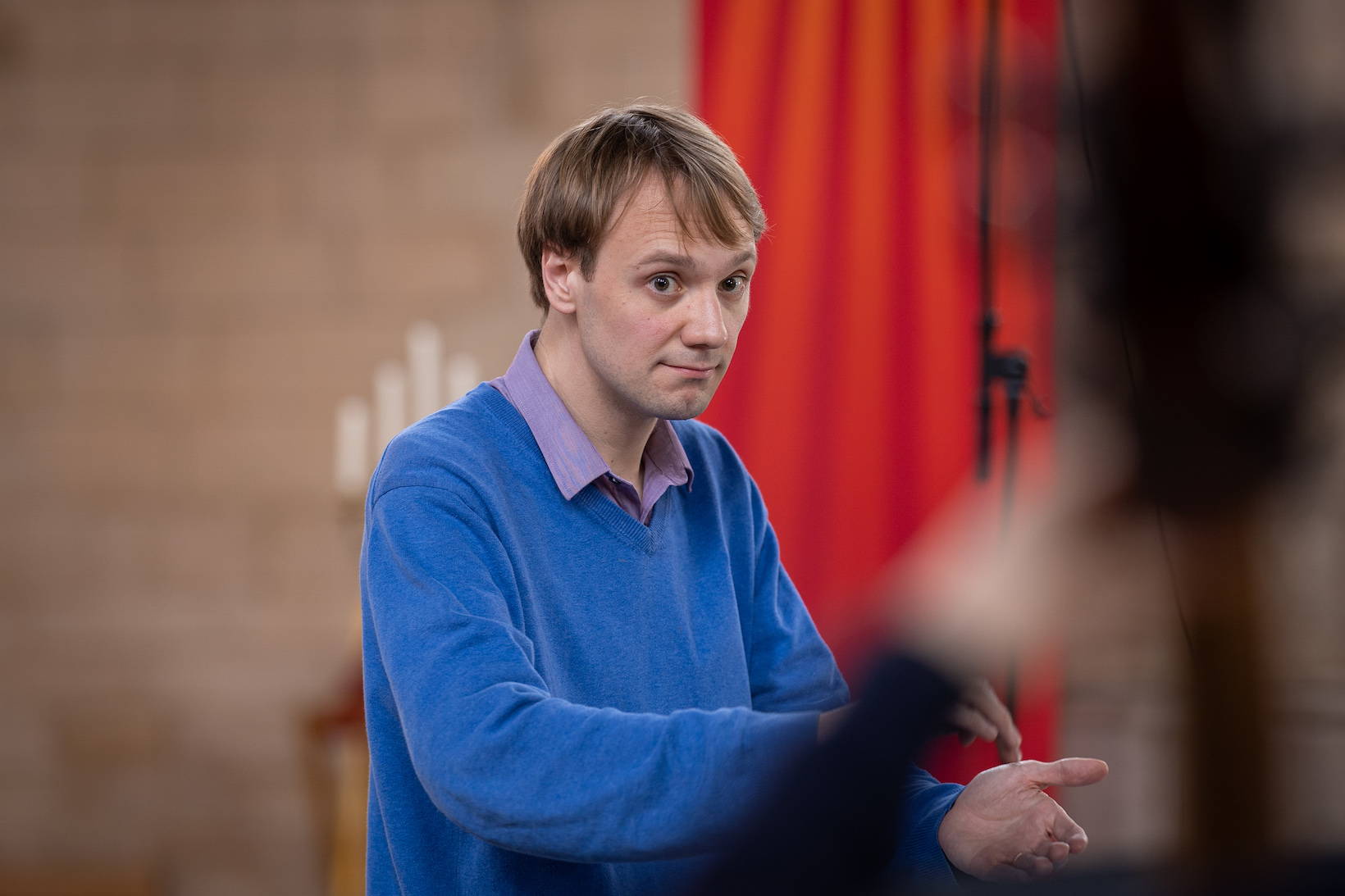 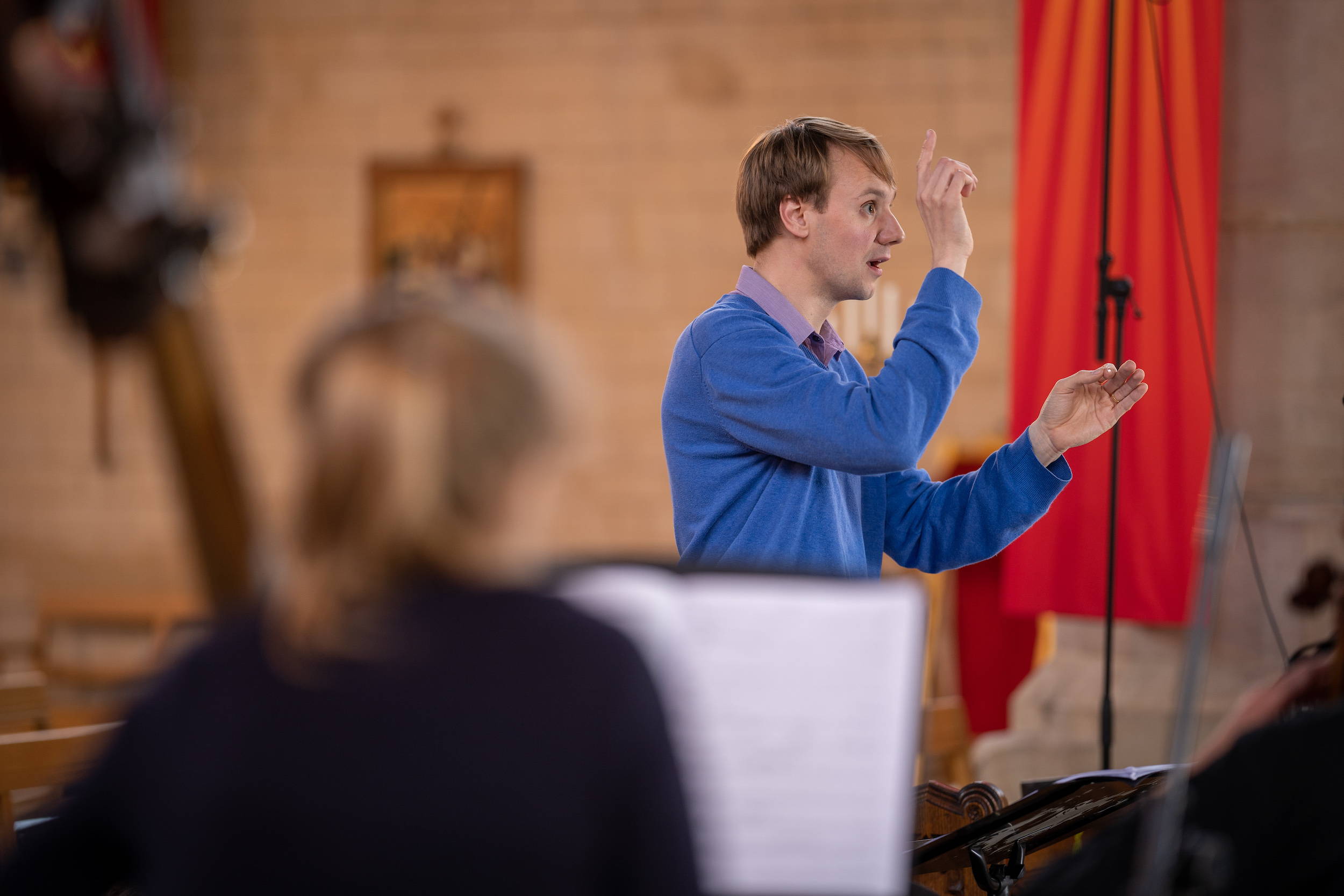 Taken during The Cloud Messengerrecording sessions - The Choir of King's College London is joined by The Strand Ensemble under conductor Joseph Fort.