'Characters come alive in Charlston’s flexible mezzo, surely one of the most exciting voices in the new generation of British singers. The intelligence of the programming is matched in that of her delivery – legatos always reaching beyond the individual phrase for the horizon, articulation that pulls us up short, swift shifts of tone and colour that catch the mercurial play of musical light through Strozzi’s monologues or the battling emotions of Monteverdi’s Arianna...'

'How often do you hear new music involving the theorbo? A relic of the Baroque, this versatile lute features in the captivating highlight of this new album ... Park’s work, to evocative texts by Georgia Way, is a hugely powerful centrepiece, sometimes Britten-like in its gaunt transparency, its folk allusions, and monumentally dramatic in the lengthy final song, Marietta. Carr throws in solo theorbo numbers by de Visée and Kapsberger. Charlston’s emotive mezzo is heroic throughout, lustrous and arresting'

'Charlston’s voice is distinctively bright-edged and clear, her words so finely projected and ‘felt’ that the booklet texts are hardly necessary to follow the drama of each item. She also has a rich lower register, and this combination of brightness and an enviably wide range makes a perfect match with the theorbo – a form of lute with an extended lower range and delicate, transparent tone more usually heard as part of a continuo group ... Park makes wonderful use of the surprising range of expression and tone offered by the voice-theorbo combination, and Charlston and Carr rise magnificently to the challenge, so that even when the music employs serial technique, it is thoroughly engaging ... Fine booklet notes by Jeremy Summerly, informed by quotes from the performers and Park, guide the listener through the programme, and the recording and presentation from Delphian Records do handsome justice to the performances themselves. In a year of many fine vocal recordings, this is one of the most outstanding we’ve yet heard'

'This album by the gloriously expressive, vocally utterly secure and dramatically aware mezzo-soprano Helen Charlston, in duo with Toby Carr’s theorbo, has to be seen already as a clear contender for vocal album of the year ... Something very special indeed is going on here ... The very best comes right at the end. Purcell’s “Evening Hymn” is sung as slow, as low, as dark, as warmly and as touchingly as you could ever wish to hear it. Listen to the diction and the understanding given to every single vocal syllable, the delicious pacing and the wonderful cumulative effect. And the last word of the song? Helen Charlston says: "The closing Hallelujah could be heard in so many different ways, but mainly it’s trying to find an answer to all of the questions that we’ve asked throughout the recording" ... . An exquisite anthology'

"This recital, opening with Henry Purcell’s “O lead me to some peaceful gloom” and featuring works by Barbara Strozzi, Giovanni Kapsberger, Monteverdi and others, challenges the old platitude of the abandoned, hapless woman. Think Dido, Ariadne, Boudicca.
Charlston’s take – to say argument would give the wrong impression; there is no rant, here – is that in their abandonment they also find strength. Several of the songs, such as Strozzi’s L’Eraclito amoroso and La Travagliata, have their own internal drama. Carr’s theorbo playing is sensuous and vivid, and works especially well in the sonic explorations of the four songs by Park. Charlston’s distinctive, expressive lower register, and the clarity of every word, contribute to an outstanding disc"

'The grave beauty of Charlston's inky mezzo is a joy in itself, and the fierce directness of her delivery makes a formidable impact in this programme of laments by Eccles, Purcell, Strozzi et al, with a terrific new commission by Owain Park (which feels perfectly integrated into the framework of the recital) also making its mark; Carr, always completely attuned to his singer's imagination, conjures some magical colours from his theorbo throughout'

"There's such a beautiful, rich darkness to Helen Charlston's tone...."

Helen Charlston and Toby Carr focus on the close relationship between voic and theorbo in their recital, scaling down several works to create the intimacy of a duet. Charlston's mezzo is as dark and full bodied as a good claret, and she offers highly expressiv readings of the texts, plumbing teir depths with glass-cut diction and a glorious range of colours ... wistful pieces, eloquentley played'

RECORDINGS OF THE YEAR 2022 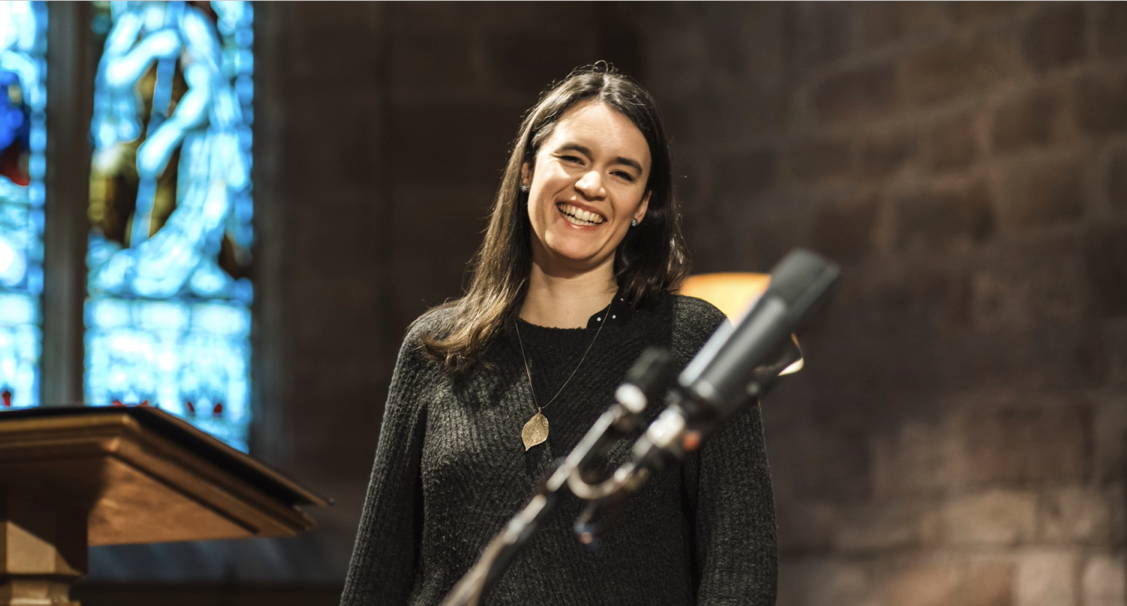 ‘Battle Cry’ – it’s an arresting title for an equally arresting album, the solo recital debut from mezzo Helen Charlston. She’s joined by regular collaborator Toby Carr, whose theorbo supplies the textural bridge across centuries, connecting the likes of Monteverdi, Purcell and Strozzi to a new song-cycle by Owain Park. As for the battle cry of the title, it comes in female form. The recording offers a response – a roar, a lament, a hope – for all the women whose abandoned, betrayed and too often dead bodies are strewn through the history of opera and song. Philomela is here, Dido, Ariadne, but also warrior-queen Boudicca and poet Sappho.

These characters come alive in Charlston’s flexible mezzo, surely one of the most exciting voices in the new generation of British singers. The intelligence of the programming is matched in that of her delivery – legatos always reaching beyond the individual phrase for the horizon, articulation that pulls us up short, swift shifts of tone and colour that catch the mercurial play of musical light through Strozzi’s monologues or the battling emotions of Monteverdi’s Arianna.

"a striking piece of musical theatre"

There’s an androgynous quality to Charlston’s tone that allows her to play with and against expectations of gender: sternly dignified in Purcell’s ‘O lead me to some peaceful gloom’, all queenly poise in Dido’s Lament, softening into sensuality in the swaying rhythms and flexible phrases of Strozzi’s L’Eraclito amoroso before taking us to the brink of disintegration in the final two of Park’s songs.

Giving its title to the album, this new cycle setting texts by Georgia Way is both an answer to the Baroque repertoire and an opening gambit. Can songs for theorbo and voice offer something to a new century? Park starts by looking to the past, nodding to Purcell and Strozzi’s circling ground basses in ‘Boudicca’ while the voice leaps, clashes and thrusts: a baroque song that has warped over time into something bolder, stranger. Free-form verses and a folk song-like refrain catch the collision of innocence and traumatic self-discovery in ‘Philomela in the Forest’, while in ‘A Singer’s Ode to Sappho’ the theorbo falls away altogether, letting the voice dart and pace and roam on its own terms. It’s a striking piece of musical theatre...

This article originally appeared in the June 2022 issue of Gramophone.